This breathtaking pile of shining limestone dwellings is considered among the oldest cities in the world.
But it’s Matera recent past that makes this place unique, explaining the rise of the town as a top tourism destination. 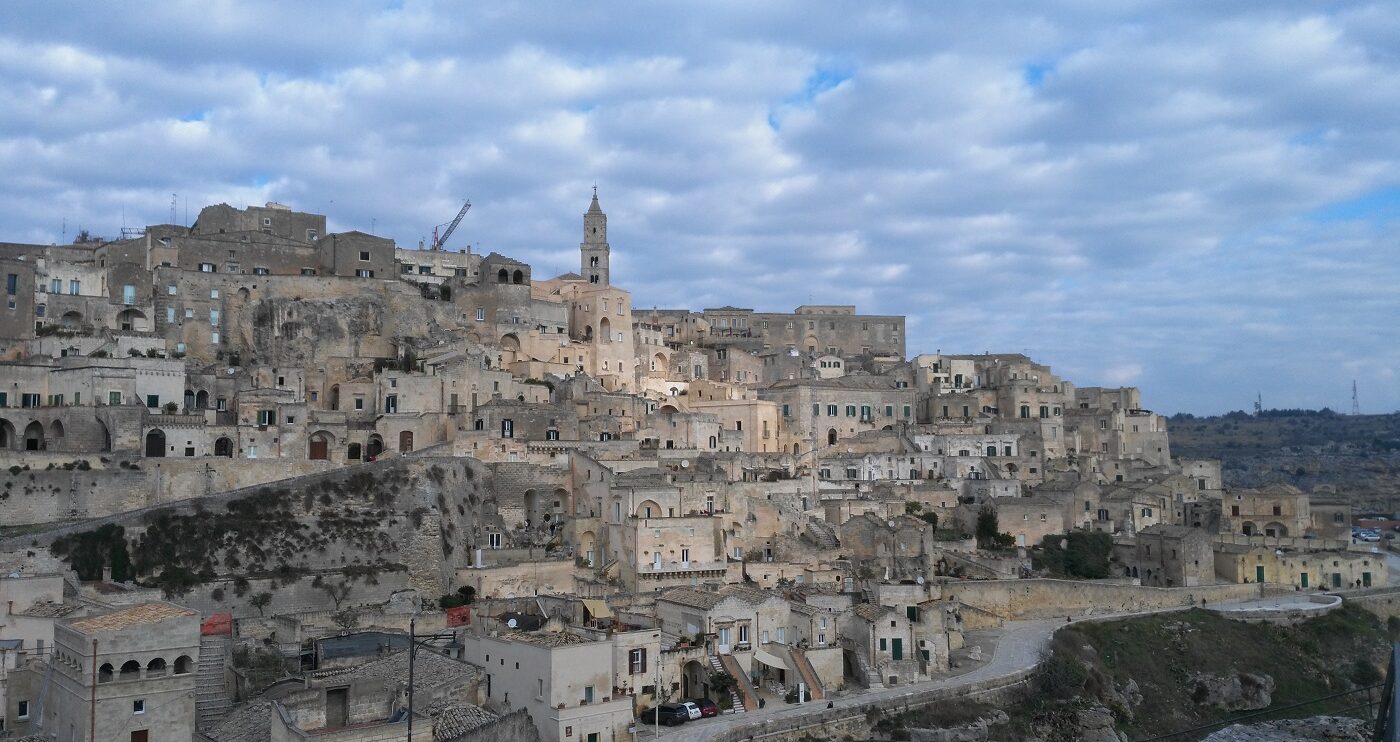 Among the main events originating the renaissance of Matera, there are:

1952 – Evacuation of the town
The Italian government decided to solve the problem, moving about 17 thousand people from the old houses to new districts.
This action deprived the town of its life, so the dwellings stayed empty for years.

1959 – La Scaletta association
A group of young people created an association called “La Scaletta”, and decided to bring life back to the old town. They created art and theatre performances, thus starting the new course of this place.

1964 – First Movie Set
It all started with Pasolini’s biblical story of “The Gospel According to St. Matthew”, followed by the famous crucifixion scenes in Mel Gibson’s “The Passion of the Christ “.
Then Matera scenery became cooler with the Bond Movie “No Time to Die”.

1993 – UNESCO World heritage site grant
The “Sassi” area of the town was declared a UNESCO world heritage site, as “the most outstanding, intact example of a troglodyte settlement in the Mediterranean region”.
Behind the award, there’s recognition as a unique cultural landscape.

2019 – European capital of Culture
This is the last boost to the tourism and economic growth of the town.

Things not to be missed.

It’s plenty to see and to do, we want to highlight just a few suggestions: