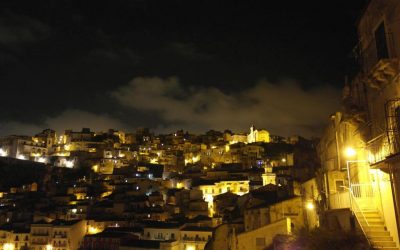 We’ve just come back from a great week of designing cycling tours in Sicily, meaning the whole Sicily 🙂
We were there to tune our tours in the region, here you can have a look at our Sicily bike expedition.
Long story short we were driving our car something like 10 hrs per day, scouting every single km of the roads we will pedal, checking the hotels, restaurants and experiences we’ll propose on our Sicilian tours. And of course doing lots of work at desk, adjusting the routes at the pc and working at the pics…bravo Marcello!

Itinerary in a glimpse

We flew from Cagliari to Trapani, got a rental car and drove all Sicily clock wise, heading immediately to Palermo, along the northern coast, up to the Etna, down to Messina, south to Siracusa and Ragusa, inland to Piazza Armerina, back to the coast in Agrigento and eventually west to Trapani….all of that along small countryside roads, of course!
We promise, creating a tour it’s not an exactly relaxing holiday 🙂

Palermo is extremely fascinating, you may not fall in love with this big city, but there’s an incredible energy. Well, the traffic is insane, luckily there are some areas where cars can’t get in, we love Ballarò and Vucciria markets, especially at evening, so cool!
Monreale cathedral is an absolute work of art created uniting skills and cultures, its mosaics are just stunning.

From the sea of Cefalu up to the Etna volcano and down to the strait of Messina.

The first part of the coast from Palermo to Cefalu is not interesting for cycling, but in Cefalu we’ll appreciate the several restaurants over the sea and the charm of this fisherman village.
We left Cefalu along the coast, then we went inland climbing the Nebrodi mountains then the Etna with its Pistacchio groves. The fog made everything mysterious, we were intrigued by those volcanic stone neat villages.
Down from the Etna we’ve drive along the west coast of Sicily, nothing to die for, but the views from Taormina and the ones over the Stretto (Messina strait) with the toe of Italy on the other side are quite something. And we are particularly proud to have selected a super nice hotel overlooking the Ganzirri lagoon, we’ll have the freshest mussels you can imagine!

Magna Grecia in Siracusa, Baroque of Ragusa and Piazza Armerina

…and then Siracusa, with another incredible Cathedral, a Greek, Arabic and Norman imposing temple, the legendary Aretusa fresh water spring right in front of the ocean, the peaceful and silent countryside with proper limestone stone walls, and the allure of Ragusa with the labyrinthic Ibla, ending with the serene agricultural countryside of Piazza Armerina.

Temple valley in Agrigento and fisherman heritage of Sciacca and Mazara

Scouting a tour doesn’t means that you have to find a route. It means that you have to find “the best” route. So the stage between Agrigento and Piazza Armerina is one of the reason that will take us back to Sicily soon, we want the best ever route :). We cannot describe the stunning beauty of the Temple Valley, and here too we’ve selected another outstanding hotel, with unparalleled views on the temples. Just this worth the trip.
We’ve head west along small backroads, with the north african vibes in Sciacca and Mazara, exploring the Kasbah district and watching the fisherman boats coming back from a day in the sea.

Saltwork of Marsala and Trapani, conquering the castle of Erice

After the rain of first days we ended the week with warm weather and lots of sun, appreciating the beauty of the saltworks of Mozia and the elegance of Marsala and Trapani old town, with its peninsula stretched along the sea. From here we’ve explored the all area around the medieval village Erice, with its charming labyrinth of cobblestone streets and stone houses. On the way down we’ve been chasing a group of cyclists flying down the road…please don’t go that fast while in tour with us 🙂