Ancestral and mysterious, this exotic island is an ultimate destination for curious explorers. You’ll be enchanted by dramatic scenarios as well by its distinctive culture. 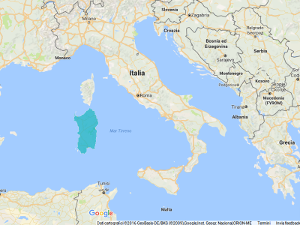 Sardinia in the Mediterranean sea

The second largest island in the Mediterranean Sea (after Sicily and before Cyprus).
About 135 days of sunshine.
3.500 years of history between nuragic, phoenician, roman till our days.
3 international airports (Cagliari, Olbia, Alghero).

The island lists 33 different natural environments, so expect an incredible diversity. Quoting the local writer Marcello Serra from his book “Sardinia almost a continent”: “The island of Sardinia really looks like a small continent, not just because of its morphology and geology, but also from an ethnic point of view, in fact the locals are very different from one area to another…”

Here it’s still possible to live the great outdoors feeling totally immersed in nature. There are thousand pics of Sardinian beaches, but just move inland few kilometers and you’ll discover the Supramonte and the Gennargentu ranges, the granit boulders of Gallura and the brown lands of Sulcis, a relaxed village of Marmilla or an isolated village in the Marghine, you’ll love this country even more.

Sardinian food is healthy and varied, extremely fresh and not spicy compared to southern italian food. From home made bread using an ancient wheat, to mullet roe from Cabras, to Red tuna from Carloforte, to Fiore Sardo cheese from Gavoi there are so many local foods to taste at least once in life. And yes, the rotten cheese really exists.

OK, that’s easy, either because wine is produced here since three thousand years ago (some researchers even suppose wine was invented here), and also because the island has the largest number of indigenous grapes of any other Italian region. The dominant red is Cannonau, ancestor of Grenache, and the white is the Vermentino, at its best in the north of the Island. Try the intense red Carignano and the robust white Nuragus.

You’ll get it immediately, they are very hospitable (well, quite often), yet at a first sight a bit reserved. This shows also in the culture, where sardinian music or dancing doesn’t have any “loud” display.

In Sardinia every village has its own traditions, and locals still live them with passion. The bigger event is the procession of Sant’Efisio, showing all traditional costumes of the whole island on may the 1°. If you have the chance participate at one of its Carnivals, from the fun of the one in Bosa to the majesty of the Sartiglia in Oristano.

The Nuragic people were a powerful civilization able to build, about 3500 years ago, the impressive Nuraghe megalithic towers. There are thousand of “Nuraghi” spread all over the whole island. Because (also) of that, a journalist few years ago launched the idea that the island was the ancient Atlantis, there’s a huge debate about that. After that the region has been conquered by Phoenicians, Romans, Pisans and Genoese, Spanish and eventually Italians.

Spend a day on the Maddalena Archipelago, please not in a crowdy summer day. Buy pecorino cheese from a local sheperd, and talk with them about their life. Visit Cagliari, a pearl in the Med, before it gets too popular.

Pedal the Monte Albo mountain, climbing from Lula and downhilling in Siniscola. Have a ride or a drive in Marmilla area during spring, to catch all patches of green. Hike the Sinis peninsula along the cliffs of “Su tingiosu”, reaching the white quartz sandy beaches of Mari Ermi.

– D.H Lawrence “Sea and Sardinia”
– Grazia Deledda “Ashes”
– Milena Agus ”From the Land of the Moon“

Mild weather, scents of Africa, Phoenician towns, great wines and outstanding sandy beaches: that’s the South of Sardinia. Indulge yourself with a short break in the heart of Mediterranean.

Sardinians greet each other by saying, “A kent’annos” — “May you live to be a hundred.” Descendants of a mysterious ancient people, Sardinians are twice as likely to become centenarians than other populations. Could the answer be Sardinia’s Slow Food-style cooking? Its heart-healthy red wine? The outdoor exercise that comes with shepherding? A visit to this Mediterranean island, where people treat food with sacred respect, reveals the secrets of longevity.

From Alghero to Cabras

A charming and relaxing holiday along easy routes, starting from Alghero to discover the most beautiful landscapes in north-western Sardinia. During this tour you’ll enjoy delicious food specialties and wines of the west coast of this enchanting island. 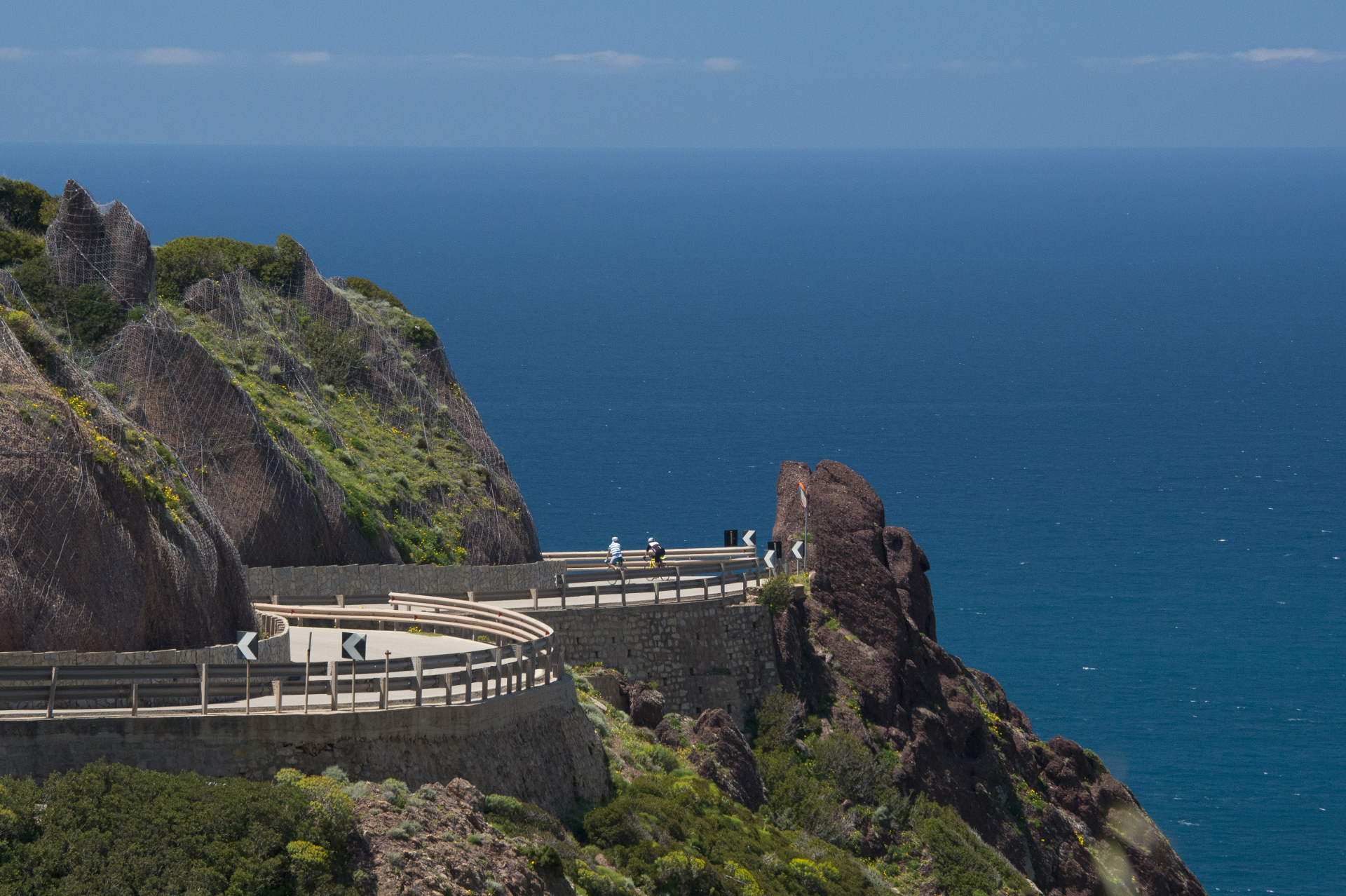 The Green Coast and Cagliari

A nice ride discovering the south west coast of Sardinia: the Costa Verde. Forget the big tourist resorts, this area of Sardinia is still totally intact and keeps the marks of the mining economy, flourishing until a few decades ago. In the second part of the tour we will ride in the two islands, San Pietro and Sant’Antioco, with their fishing traditions, and in the fabulous South Coast, famous for its beaches. The last evening we’ll be in Cagliari for a shopping session and the celebration dinner. 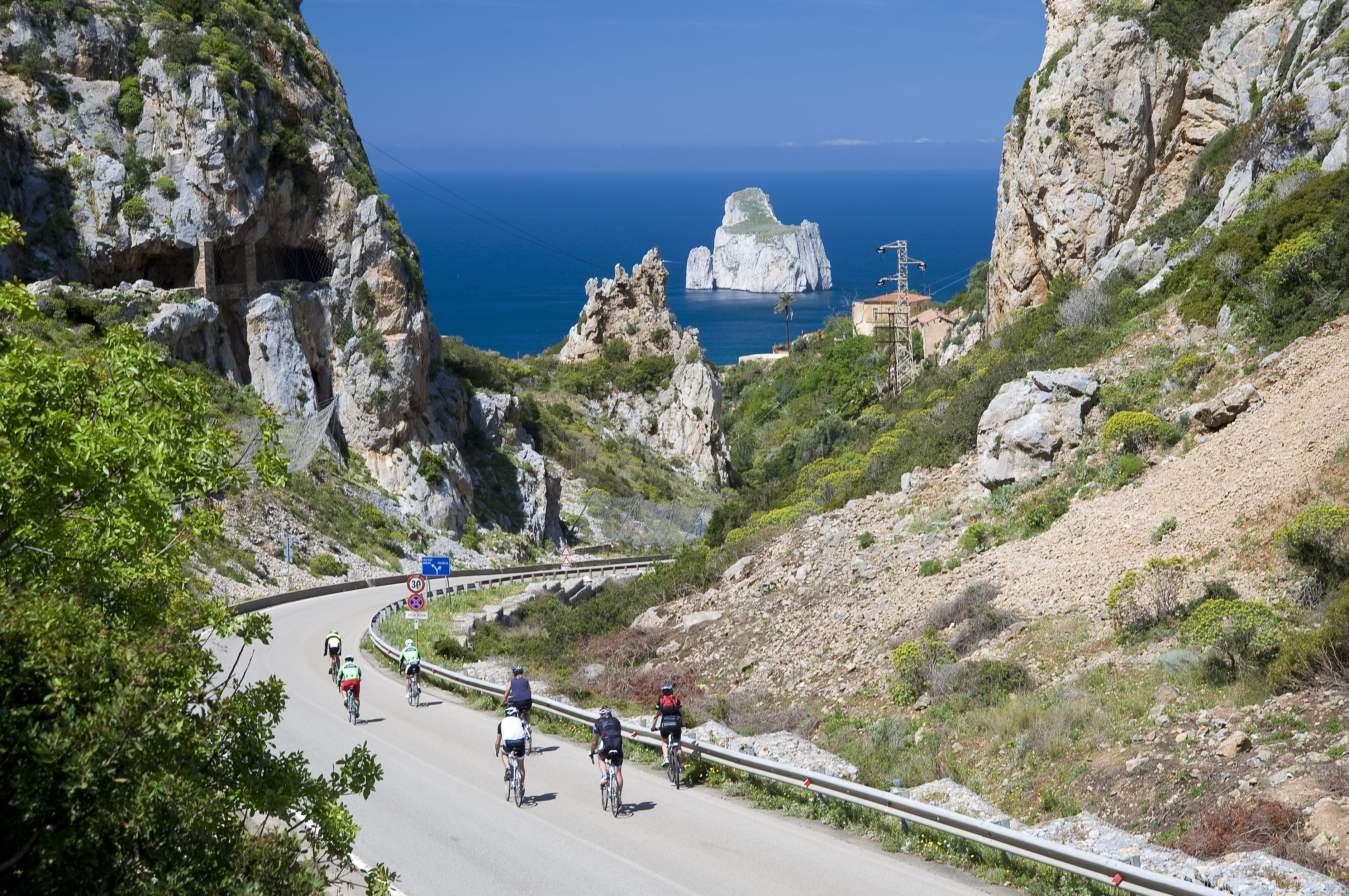 The Three Islands Tour is divided into 3 stages it traverses Corsica, Sardinia and Sicily. Mediterranean charm lies at the heart of this tour. Along Sardinia west coast, starting from the northernmost village of the island, being amazed by the fascinating Catalan heritage of Alghero and the and the scenic mining area of Sulcis, completing this fascinating experience with the unspoilt beach of Chia and the lively town of Cagliari. The tour is run in cooperation with Ride and Seek.